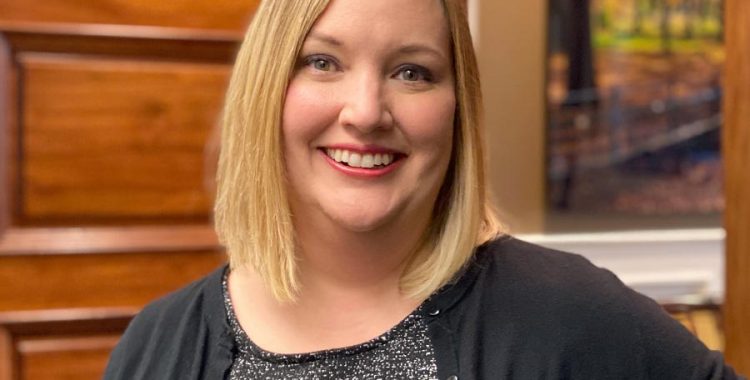 Originally from Mississippi and the youngest child of an Episcopal priest, Sarah grew up knowing she wanted to help improve the lives of the most vulnerable populations around her.

Sarah moved to Knoxville in 2005 after graduating from the College of William & Mary in Williamsburg, Virginia, with a double major in American Studies and Public Policy. She received her Master of Science in Urban and Regional Planning in 2008 from the University of Tennessee. She was the Anderson County Planner for six years before succumbing to the urge to attend law school.

Sarah graduated cum laude from Lincoln Memorial University Duncan School of Law in 2016, where she was valedictorian of the full-time class. During law school, she was a member of the Moot Court team and served as Vice-President of the Moot Court Board. She also served as a liaison for the Tennessee Bar Association’s Young Lawyer Division, DSOL’s representative TBA’s Pro Bono Law School Summit in 2013 and 2014, Vice-President of the OutLaw Club, Secretary of the Federalist Society for Law & Public Policy, and Associate Justice for the Student Bar Association Board of Judicial Review. She was the recipient of Lincoln Memorial University Duncan School of Law Certificates for Academic Excellence for receiving the top grade in Property, Lawyering Skills III, Estate Law, and Juvenile Law. In 2015, she was a presenter at the Igniting Legal Teaching Conference at American University in Washington, DC.

Sarah received her limited law license in 2015 and served as an Acting Assistant Public Defender for the Eighth Judicial District Office of the Public Defender, where she co-chaired the defense of an indigent client’s five-day trial that resulted in her client being found not guilty on six felony charges. Three days before the start of her final year of law school, she began clerking for a prominent personal injury firm in Knoxville, where she remained for five years after passing the bar in 2016. Sarah joined the Garza Firm in May 2021, where she passionately represents residents across East Tennessee in their personal injury matters.

A former foster parent and board member of the Anderson County Habitat for Humanity Board of Directors and Executive Board, Sarah is currently a monthly contributor to the Knoxville Bar Association’s Dicta publication and Chancellor for her local Episcopal parish family. In her spare time, Sarah enjoys trivia, Singo, live music, reading, and spoiling her dog.