Searching for a Defense Attorney in Knoxville?

We understand your concern and want to offer our help. The lawyers at Garza Law have come to the defense of thousands of individuals in Knoxville and surrounding areas who’ve been charged with possession of a controlled substance.

Drug charges in Tennessee are extremely serious and complicated. They can range from Simple Possession (a Class A Misdemeanor), all the way to Class A Felony charges, which can carry up to a minimum of 15 to 40 years in prison without the chance for probation or parole. To speak with one of our attorneys, call (865) 540-8300 to setup a free consultation, or email info@garzalaw.com.

Not all drug charges are the result of possessing an “illegal” drug. Individuals can be charged with serious felony charges for possessing prescription drugs like Xanax, Oxycontin, Hydrocodone, and other opioids.  The drug laws apply to anything that is considered a “controlled substance.”

People can be charged with drug offenses individually, or as part of a larger conspiracy including multiple individuals. The charges can be the result of something as simple as a traffic stop, or from a lengthy investigation from entities such as the DEA.

What makes a drug charge a felony instead of a misdemeanor?

The majority of drug offenses in Tennessee are charged or indicted as felony offenses as a result of the amount and type of drug that are involved.

These are drugs including opiates, opiate derivatives, and hallucinogenic substances. Common examples are heroin, MDMA (also known as ecstasy or X), LSD, mushrooms, and peyote.

These are drugs that have a currently accepted medical use. Common examples are cocaine, Hydrocodone, Oxycodone, Codeine, methamphetamine and other amphetamines, methadone, Ritalin, and PCP.

Common examples are anabolic steroids, suboxone, and medications which are mixed with a certain amount of other controlled substances (for example, Tylenol 3).

This includes medicines mixed with certain amounts of other controlled substances.

The most common examples are marijuana, THC, and synthetic THC.

The severity of the charge increases by the amount of the drug and the classification of the drug. For example, any controlled substance that is a Schedule I Controlled Substance is automatically charged as a Class B Felony, and is subject to a possible 8 – 30 years possible punishment, along with a fine of up to $100,00.00. Marijuana in an amount of ½ ounce to 10 pounds is a Class E Felony, subject to a possible 1-6 years and a fine of up to $5,000.00.

In addition to the already considerable penalties for drug related offenses, there are areas considered “Drug Free School Zones” which increase the possible penalties and fines. These punishments can include additional incarceration, and lengthy minimum mandatory sentences with no chance for probation.

Areas considered to be school zones include any area within 1,000 feet of any of the following:

The most important thing to know about being charged with a drug related offense is that the punishments are extremely severe. If you have been charged with a felony drug offense, you need to contact a qualified attorney who has experience handling drug offenses immediately.

The attorneys at the Garza Law Firm have extensive experience handling drug related offenses in both General Sessions and Criminal Court in East Tennessee.  They have the skill and knowledge you will need, and will work aggressively to ensure that you get the best outcome possible. Garza Law makes it simple to reach out to a legal expert—day or night—and take proactive measures with an attorney. Contact us online, chat with us using the box at the bottom of the page, or call us at (865) 540-8300. 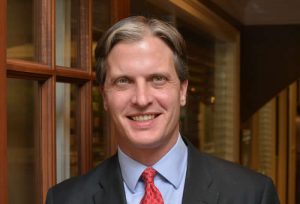 Daniel Morrel, an attorney at the Garza Law Firm.
Array 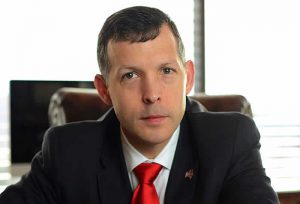 Marcos Garza, an attorney at the Garza Law Firm.

Charged with a Crime in East Tennessee?

We offer a free, no obligation case review. Meet with our team of attorneys confidentially and find out how we can help in your particular situation.  We offer 24/7 legal services as well as evening and weekend appointments.